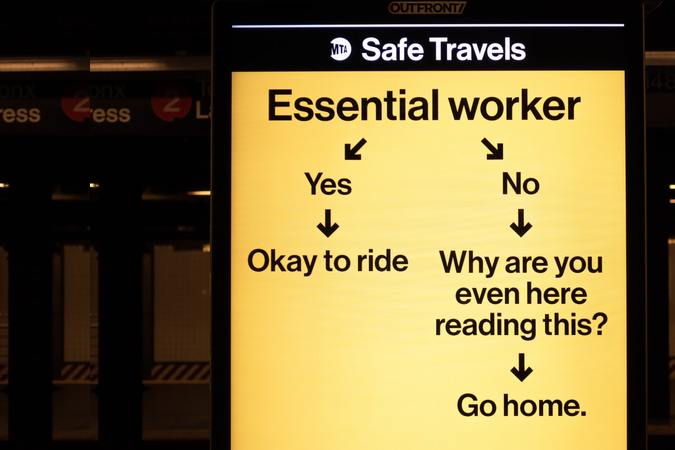 Chief advisor to Boris Johnson, Dominic Cummings, is in a spot of trouble, and only he can advise himself how to act. He is a top advisor, after all.

The UK’s Brexit guru and pandemic scientific expert has been spotted visiting his parents, not once, but twice, during lockdown. Now, who’s been a naughty boy then, annoying Mummy and Daddy when you’re ill? Because, at the time of the visits, he should have been at home, transfixed by Netflix.

It’s when I see people like Cummings get into trouble, that I realise how good my life is. I haven’t seen my mother who technically speaking isn’t even my mother, for just under 10 years. My mother-in-law lives on the other side of the world and, as for my beloved brothers, I haven’t seen them for as long as I can remember.

I did get an email from an elder brother who admitted he was searching for me for the last 40 years. The only explanation for him not finding me would be my being banned from Google. Either that, or my professional website doesn’t work.

Be that as it may, I did receive an invitation to see him in the UK. Tempting, and before I had time to book a crossing from the Hook of Holland to Harwich, enter Mister Johnson – probably advised by his top advisor – to impose a two-week quarantine for anybody entering the UK. Even my British passport that is going to endure a certain death, now that my French one has taken me over, would not have helped me. Then again, forced to stay indoors with an estranged brother, is not the worse thing in the world. Plenty of time to catch up with old and expired news.

Even for an average onlooker like me, who doesn’t live in the UK, and receives UK news one hour after everybody else, it was not hard to see that Cummings made a silly mistake. In going to his parents’ house (they weren’t at home, were they?), he should have worn a face covering. Not a surgical mask or a mask made from your granny’s bloomers, but something much more protective – a plastic bag. Yep, one of those bags for life, issued by supermarkets and replaced by supermarkets, free of charge, should they tear. Had he done so, at least Mister Lees wouldn’t have seen him, even though the all-too-civic neighbour did google the car number plates, in order to confirm his sighting. Poor old Cummings got it all wrong, didn’t he? Not only should he have covered his head, but should have taken a minicab.

It all just goes to show you what mugs we are. I’m quite familiar with the way scientific papers and research should be evaluated and interpreted, but even I’m beginning to feel completely lost by contradictory advice and discrepant behaviour.

The latest news I have read, is that the vaccine will be hard to make, not due to the complexity of the virus, but to the fact that it is rapidly disappearing. In a few weeks, nobody will be actually sick enough to warrant the others being vaccinated.

Well, time certainly flies when you’re having fun. Was that the pandemic, or spring, that just went by in a flash? Better luck next-time, I suppose, because there will be a next-time, won’t there? In the meantime, let’s continue the lockdown to prevent our trees turning brown by the end of June. Or is it too late for that, too?